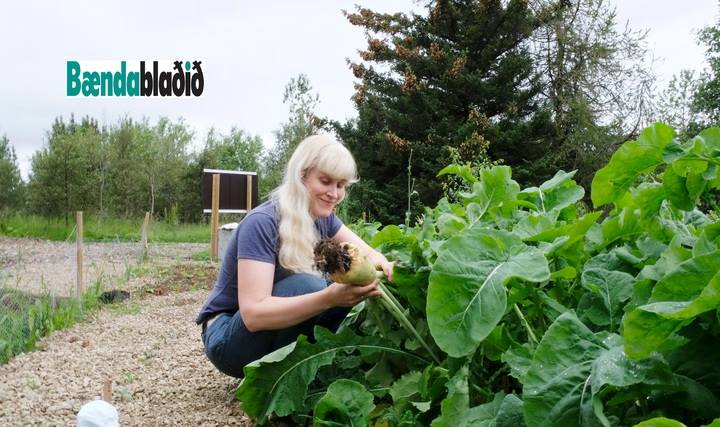 – A part of the project of ALDIN Biodome which includes among other things practicing self-sustaining urban farming.

On the southern periphery of Elliðaárdalur in Reykjavík, an area has been allocated as a svo-called urban farm, with the goal of connecting people and nature together in a totally new manner. The project is called ALDIN Biodome, and one of its subprojects has been to research how Iceland’s natural resources can be better utilized, for example geothermal wastewater for outdoor cultivation of crops in order to extend the cultivation period and grow species that normally won’t grow outdoors in Iceland. It’s only been one year since the research project was started but it’s already showing great promise. Karen Róbertsdóttir, a horticulture student in the greenhouse cultivation branch at the Agricultural University of Icelands and a shareholder in ALDIN Biodome, manages the research at the site and says that in her research they’re utilizing wastewater from Stekkjahverfi in Breiðholt which flows into the discharge sytem and out to sea. The water flows at around 100 liters per second at 28,5°C – sometimes even warmer. The project got funding from the Student Innovation Fund.

Many Types Of Plants Are Grown For Comparison Purposes

“We only use a tiny fraction of this water, around 0,2 liters per second to heat the soil across 200 square meters (of a 317m^2 garden; the control bed isn’t heated). Water flows into the beds in PEX tubing which we’ve set up in various configurations – various depths, sometimes with backflow, without insulation on the surface; with wood chips or pumice as insulation; with insulation in ditches between rows; without ditches; and so forth. Then we grow various plants to see the difference in cultivation with and without heat. The goal is to learn more, in support of ALDIN Biodome, farmers, and citizens in general – it’ll be of use in landscaping, for home gardening, and other cultivation projects. Laying PEX pipe in the ground is much cheaper than for example building a greenhouse – and though it’s not as effective as building a greenhouse, the result can still be very significant.”

According to Karen, it took a long time to get permission to develop the plot and utilize the wastewater last summer, and it also took time to lay the tubing and prepare cultivation; consequently the first plants were planted in August of last year. “The ideology of ALDIN Biodome is built around self-sufficient farming where the goal is that people can spend time in a green environment in a warm climate, warming their inner self, considering and appreciating nature,” she said. Karen published a thesis last October in connection with this project, under the name “Impact of Low-Grade Heat and Insulation on Plant Growth” which discusses the research project at Elliðaárdalur. One can access the thesis on the ALDIN Biodome website at: aldin-biodome.is

Some Labour Needed With Development The garden

Working with Veitur ohf, ALDIN received permission to connect wastewater with Stekkjarbakki, but the connection charged to ALDIN Biodome, which paid also for metered consumption of the water. The water is transported in 24mm tubing to the garden where it is split into ten beds in so-called snow-melting tubing, via a splitting cabinet with temperature and pressure meters.

“Some labour was needed to set up the experiment last summer and we got good assistance from parties such as Barr Contractors. Other participants in the experiment were Jón Þórir Guðmundsson, a fruit cultivator in Akranes, and EFLA Consulting Engineers. But after the experiment was set up, by far I’ve personally seen to care and measurements, while my primary supervisor in the project is Hjördís Sigurðardóttir, the CEO of ALDIN Biodome,“ says Karen.

Funding Intended To Close This Fall

According to Hjördís, ALDIN Biodome has finished the zoning process connected to the land and the funding process should be finished this fall. “Parties with global design experience that have a particular interest in self-sufficiency, efficient energy usage and educational experiences with exotic natural features have been hired to work on the project. The doors are expected to open to the public in 2024, but over next three summers, research cultivation will be held alongside construction,” she says. “One can say that this research project is a ‚minimal viable product‘ of ALDIN Biodome, as we’re changing the environmental conditions on the site, to have the possibility to cultivate plants that usually don’t grow in Iceland or can be grown over longer periods of time than usual. ALDIN is designed around shaping the conditions inside and outside for cultivation, while at the same time being an charming place where people can come to feel well. I got the idea seven years ago and have been working on it continuously for six years, with the zoning process taking about three years. The idea took root while I was studying Planning Studies in Holland,” adds Hjördís.

The main business of ALDIN Biodome will take place under biodomes which are divided into three zones. The first place which guests walk through is Dalbær – a kind of horticulture room and hub which will be primarily under a grass roof. The intent there is to give insight into cultivation processes and harvesting. The emphasis is placed on letting guests experience the whole cultivation process from the garden to the table, with first-class healthiness and freshness. There will also be a market which offers up crops from the cultivation areas and “green” speciality goods. In the area will be edicational experiences for groups, a restaurant and a cafe. From Dalbær one walks into two different climate-controlled biodomes, either Laufas which has a Mediterranean climate, or Hraunprýði, which has a tropical climate. In Laufás and Hraunprýði there will be food forests which contain an expansive collection of plants and herbs with curious exotic properties. There we’ll offer up a wide range of entertainment activities combined with experiences in the environment. In Laufás it’ll be possible to find a place under the tree canopy to work and hold meetings In Hraunprýði there will be places to practice yoga and meditation. It’ll be possible to rent a dome or domes for experiences, such as weddings and conferences and thus create unforgettable setting around important events. The three interior zones are named after three farms which existed in the area of ALDIN Biodome. In the exterior areas emphasis is placed on the interplay with nature with a selection of new plants and plants that already exist in the environment, to blend well into the environment with dwelling and play areas. 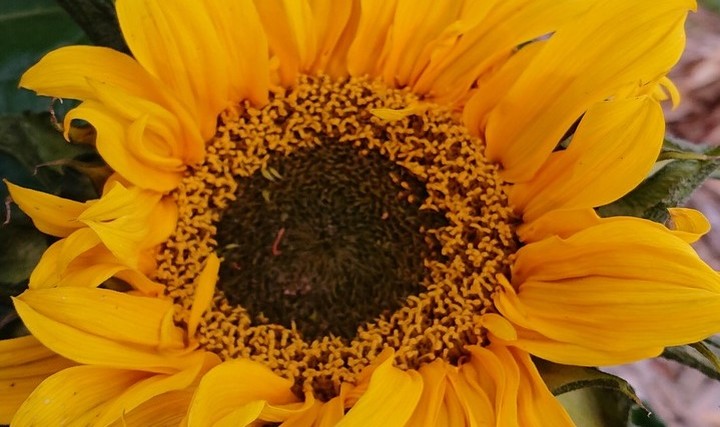 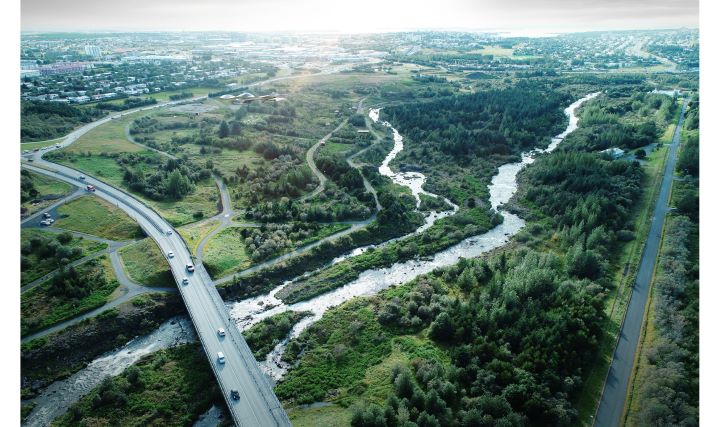 ALDIN BIODOME, RESHAPING THE CITYSCAPE OF REYKJAVIK, ICELAND – In close connection with nature within the city limits. 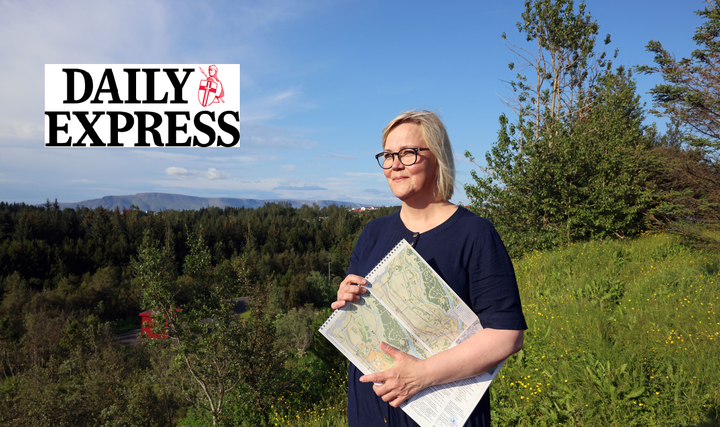