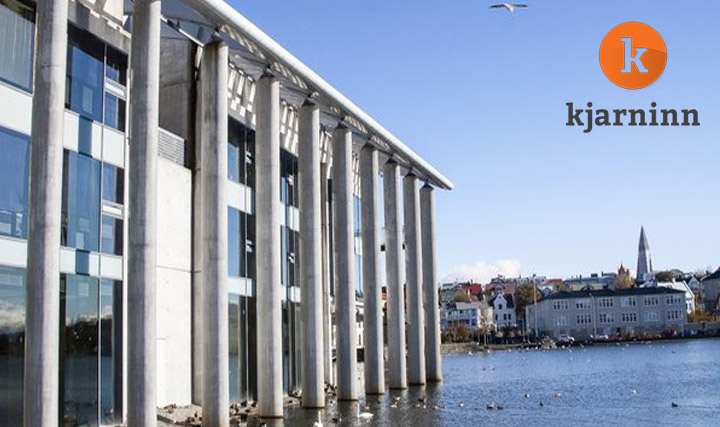 During the summertime, the city council passes the city council’s dispensation, which does not meet in July and August. This arrangement is designed to prevent the handling of issues within the urban system. In the summer, therefore, there are some major organizational issues that are cumbersome at city council meetings. Three issues that have been in the public debate have been submitted to the City Council last week, but the issues are at different levels of planning.

A new settlement will be erected in Furugerði 23, but the organization has been advertised and take into account comments and suggestions. An area plan for the area at the Board of Governors was also approved for advertising, but a new structure for protection, both Saltfiskmóan and Vatnshólinn and a green area there, in addition to the low-level structure being built in the area where, among other things. are planned apartments for senior citizens and students.

Green and forward-looking structure at Stekkjabakki

The third and probably biggest issue is the development of an area by the Stekkjabakkann, which is a furnace on the Ellidaárdalur valley. This is a very positive and green structure. The Independence Party now has a great deal to do with this matter and tries to put dust in people’s eyes, for example. with declarations of expeditious procedure in the city council and uncompromising practices. Such exclamations are far from the facts of the case. This new structure has been underway for several years and has been well advertised. A very well attended meeting was held with the residents, many suggestions and reviews were received, answered and taken into account as appropriate. Exactly the same as the work of sharing planning generally takes place. Shouting and crying for one another are just enough to draw attention to the good structure that will be there.

The sharing plan is based on green and sustainable ideology. These are green domes where geothermal energy is used to create a certain Mediterranean atmosphere and a varied experience in a family-friendly environment for all age groups, such as a café and a marketplace where, among other things, you will be able to buy fresh herbs grown locally. Then there will be facilities for presentations and reception groups, e.g. from schools, kindergartens and workplaces.

This structure is in the spirit of what many residents of Breiðholt and Árbæjar have called for. Keeping in a green area but also contributing to a better life with increased service, toilet facilities and places to meet and have good times with family and friends.

There will be no light pollution or noise pollution. The wartime years will not be contaminated or their bios threatened. There will be no car traffic and no disturbance to the natural or historical luminaries. All development will take place in uncultivated, disturbed areas on the outskirts of the Ellidaárdalur, which few have been able to enjoy. The structure ahead is simply going to support the valley as a natural paradise, unlike what the reticulars call for. All of these facts are stated in the evidence of the case which I am interested in exploring here.

An informative list of questions and answers has also been compiled.

We support new modes of travel

The City Council also approved procedures for the operation of non-stop bicycle and electric bicycle rental in Reykjavik. Recently, there has been a significant increase in electric bicycles in the cities of our neighboring countries, and bicycles have become an important part of these cities’ transport systems. Electric bikes are a convenient and convenient mode of transport that most people can use and it is clear that they are useful as transport benefits, e.g. the last coil home and away. We want to be ready for innovations in transport and the purpose of these rules is therefore first and foremost to ensure transparent and open procedures when it comes to hoping to see this new and comfortable mode of travel take root in the city.

It is clearer today that city feasts have a great look on the city’s human life and have a great and good impact on our city. For example, Culture Night, Hinseginagag, Reykjavik Film Festival and Reykjavik Airwaves, all of which have made their mark on the city life in recent years and have had a profound impact on the city’s human life and culture. Agreements concluded on city festivals in 2017 expire this year and in the past, preparations have been made for how to choose city festivals for 2020-2022, but at last week’s city council meeting new rules on city festivals were adopted. It was decided to enter a professional group of city festival representatives from the business community ie. one representative from the Confederation of Trade and Services together with the Confederation of Tourism. This change is in line with our focus on better integrating the business community into the framework and organization of the city. It will be interesting to monitor the work of the professional group and it is fun to monitor the continued positive impact of our city festivals on the vibrant human life of Reykjavik.

Only a few of the 40 issues that came up on the city council last week have been discussed here, but those who want to follow the city’s major decisions can do so here.

Page is translated with Google Translate.

WilkinsonEyre gets green light for giant geothermal-powered biodome in Iceland