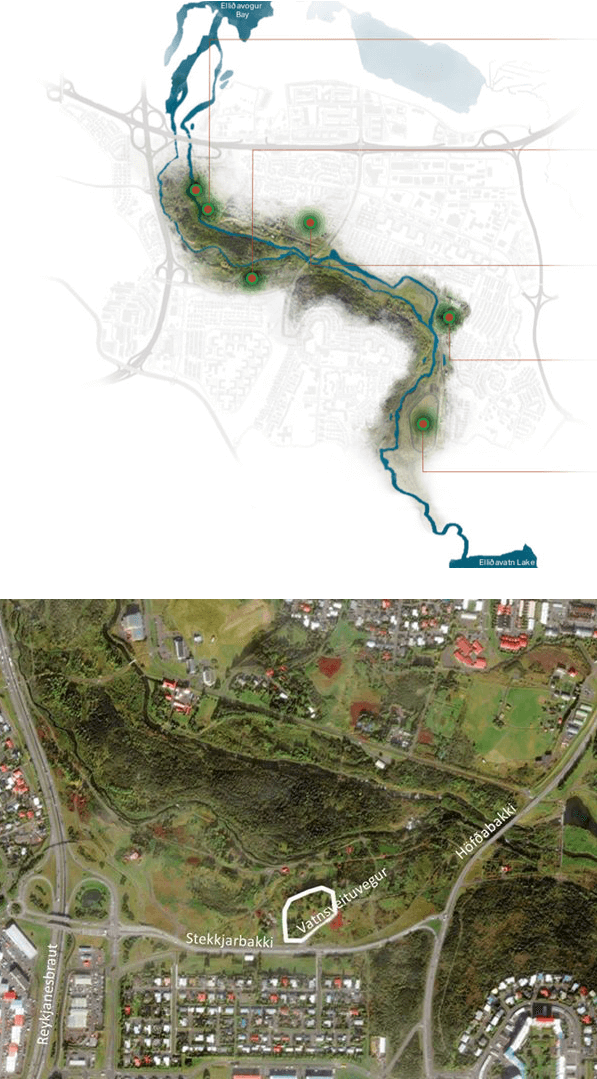 The city of Reykjavík has approved a site-plan for ALDIN Biodome in the southern exterior of Elliðaárdalur in Reykjavík, north of Stekkjabakki in an area called Langagróf. See site plan (ALDIN plot is no.3 – only in Icelandic) The site-plan was approved in city council on July 4th 2019. The old Vatsnveituvegur road is attached to Stekkjarbakki, south of the area designated for ALDIN Biodome and marks the southern edge of the plot.  An elevated and steep bank in the land marks the plot on the Northern site but on the East site from the plot, community gardens from the Icelandic Horticulture Society are located. An open green area is on the west side of the plot and a small creak in the land.  The steep bank is an ancient seashore and formed by the ice age glaciers.

At one period in time the site was used as a gravel mine that the city authorities used for road construction.  Small farms were located at the area called; Hraunprýði, Laufás and Dalbær. In this series of aerial photos it is shown how the area has changed by time, how different the infrastructure has been at different times in  the area. It is also possible to see where some geothermal wells and gravel areas are situated in and around the site. (The old Vatnsveituvegur road is apparently on all the images and therefore a good reference point).   The farms have vanished with time but the last one, Laufás was torn down in 2013, but that farm was situated next to Stekkjarbakki road. The site has grown with vegetation and in some areas the site it is relatively attractive with heather and moss.

The micro climate  at the location is good and the views up the valley towards East and Mount Esja in the North and towards the city centre in the West are spectacular.

Vegetation at the site will be protected as much as possible and new areas grown. 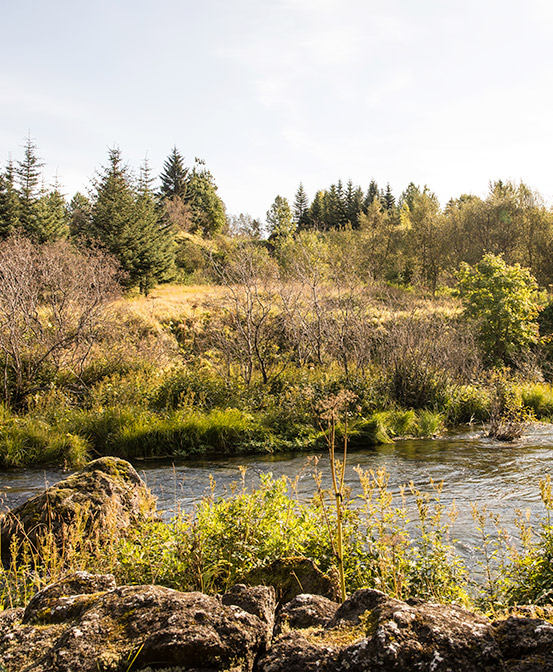 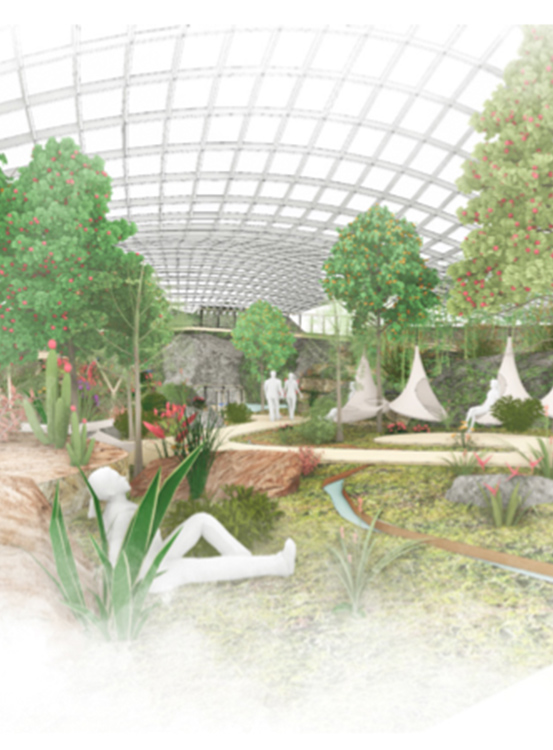 What is the main purpose and benefit of ALDIN Biodome 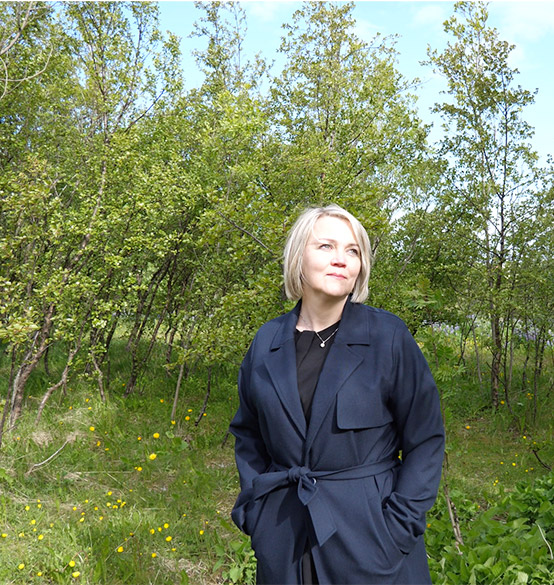 How did the idea come about